Today, April 21st, Google updated its algorithm to reward sites that incorporated mobile-friendly web design. The algorithm update, first announced two months ago on the Webmaster Central Blog is significant in a number of ways. For one, it is the first update that deals with design and development issues rather than pure content/SEO. Moreover, it is not merely a matter of having a mobile-friendly site, but more specifically a matter of designing one that responds to any given mobile device.

Good marketers have always understood that SEO is more than just SEO. A site that ranks #1 for thousands of keywords will still be worthless if the design is unattractive. There is also the matter of Schema and semantic markup, html tags that provide information rather than just presentation and appealing style. Search engines have long favored sites that are semantically marked up, as well as ones that are coded in fresh and revised languages (i.e. HTML5 and CSS3).
A Google update targeting mobile-friendly web design is an extension of this fact, but what makes it special is its explicit connection between marketing and design. Past Google updates have done nothing of the sort. Instead, they dealt with SEO in and of itself. Some, such as EMD, Penguin and Panda, sought to prevent low-quality sites from ranking due to technicalities — thin content, domain name, etc. Others, such as Pigeon and Hummingbird, sought to improve user experience by customizing search results to the individual’s query.
Yet, never before has Google said so loud and clear that web design is inextricably related to SEO. Now, marketers have more to worry about than high-authority backlinks and quality content. They have to step outside the world of SEO and dive headfirst into the unfamiliar terrain of web design.

The Mobile-Friendly or Responsive Web Design?

Mobile-friendly web design is not new. It’s existed since mobile devices themselves first came out. In fact, it’s such a staple of the industry that there’s never really been an official standard for how to build a mobile-friendly website — until now, that is.
There’s always been more than one way to skin a cat, and Google itself identifies three:

Of these 3 configurations, responsive websites are the preference among users, marketers, designers, and even Google itself. The other two create quite obvious problems. User experience is greatly compromised by separate urls, which prevent one user from browsing a site and then emailing it to a friend from their phone. Marketers also like responsive sites because of their speed and the fact that they do away with the mundane task of redirecting and canonicalizing countless webpages.
Lastly, Google prefers responsive websites for the ease at which they can be crawled and indexed. With responsive web design, there is no duplicate content, no separate urls, no distinct code for bots to parse and for browsers to deliver. There is just clean layouts and enhanced user experience…which is, after all, what Google has always strives to deliver.

In this past decade, the percentage of commerce taking place on the internet has increased exponentially. About 15% of all… 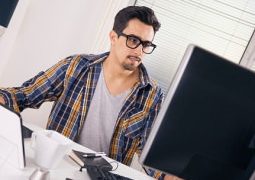 How a Graphic Designer Can Help Your Business

Graphic designing isn’t something that you can trust to amateurs, and it is definitely not a task that you can… 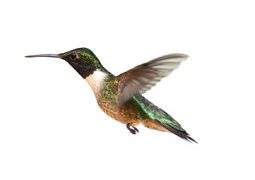 What is Google Hummingbird?

The “Hummingbird” is Google’s new search algorithm used when you type a search query and are expecting results. Of course…