What is the most effective venue for marketing today? Is it on television, radio, through email, traditional mail, billboards, or newspapers? While those are still viable areas of marketing, there’s no question that in today’s world, social media is the booming market that should be tapped into if you want your business to thrive.
Think about it, facebook, Twitter, YouTube, Google+, and Pinterest, among others; do you often go a day, or even a few hours without using one or more of those sites? Most likely the answer is no, at least for the vast majority of people. Even if you don’t use those websites or others, you cannot escape hearing about them on almost every TV commercial. Most commercials for products, services, and about anything else will end with “like us on facebook,” “follow us on Twitter,” or “as seen on Pinterest.”
Why is it that companies try so hard to get people to follow their social media sites? Why do we constantly hear those sites mentioned?
The simply answer is because today, and for the foreseeable future, social media is the driving force in our society. Social media is no longer simply a fad for teens and young people, but a primary means of communication, socializing, entertainment, networking, and so much more for young and old alike.
Today most people have a need to be “connected” and “in the know” the minute things happen, and there is no better way to keep track of what’s happening minute by minute than with online social media. Setting up social media/networking pages is one of the best ways to develop a connection with your customer base because it puts your company in front of them on a daily basis and it can be interactive.
Not only should a company have “pages” set up on the major social media sites, they should also consider running ads through them. Facebook ads are some of the best examples. For instance, if your company sells women’s apparel you could run a facebook ad targeted to facebook users who are potentially high interest customers. If you ran an ad on facebook targeted to users in the United Sates who are female ages 18-60 who have among their interest information listed “fashion,” there are currently 10,509,180 users who would be targeted with your ad. If you want to narrow the users you can target the ad to only include those who list Skirts and Dresses as their interests, then the number goes to 5,526,680. If you want to narrow it more regionally you could target it to Florida, Georgia, and South Carolina and the number goes to 627,360. Of course those facebook numbers are constantly growing as more and more users join.
Ads can be for the page itself, your website, or for an individual post on the page. Let’s say your website is running a special offer or sale, post the link on the page and then create an ad to promote the link to the offer. Of course ad costs are variable according to how they are set up and the audience targeted.
One of the great things about social media/networking is that for the most part the basics are free. But mastering the constantly growing and changing world of online social media can be a challenging task. That’s why it’s important to have a web development team like Dsquared Media to not only get you set up, but to help you plan good marketing strategies and keep on top of today’s social media market. 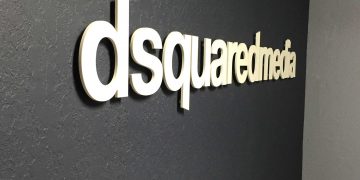 After much anticipation, we are excited to be moving our offices from Delray Beach to the Northwood section of West… 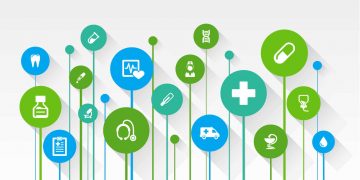 Infographic design is quickly becoming one of the most important and effective tools in every designer’s toolkit, and for good reason:…

Before we answer that, let’s take a moment to do a brief overview of what a CMS is: Content Management Systems…