The Marketing Genius of #TheDress

Was it blue and black?
Was it white and gold?
These are the simple questions that took the blogosphere and almost every social media network by storm on Thursday, February 26. By morning the next day, #TheDress was one of the top trending topics on Facebook news feeds. Everyone and their mother knew about it and had their own two cents to give on the subject — but that’s not all. At near-light speed, sales of this dress skyrocketed. It accomplished in barely a week what those of us in the marketing field dedicate our entire profession to, leaving us awestruck, jealous, and inspired all at once.

The Legend of #TheDress

Virtually everyone with an internet connection has at least a modest knowledge of the dress, and most people know of its origins. Designed and produced by the UK fashion retailer Roman Originals, the Lace Detail Bodycon Ladies Dress was anything but remarkable. Few people gave it any thought until Cecilia Bleasdale, mother of bride-to-be Grace Johnston decided to wear it to her daughter’s wedding. She sent her daughter a picture of the dress, and from there:
Grace and her fiancee Keir disagree on the color of the dress ⇒
⇒ They post the picture on Facebook to settle the debate ⇒
⇒ No one on Facebook agrees on the color ⇒
⇒ Friend of the family Caitlin McNeil reposts the photo on Tumblr ⇒
⇒ The photo sparks even more debate and soon goes viral
Tumblr — and soon every other social medium — became littered with the hashtag #TheDress and its accompanying #whiteandgold and #blackandblue… and the rest is history.

The entire logic of internet marketing is premised on leveraging the power and reach of the World Wide Web, which was unthinkable in the age of radio and television. And nothing demonstrates this more than the viral phenomenon of #TheDress, which quickly saturated almost every communication channel — both online and off:

#TheDress as a Marketing Masterpiece

To review, this simple dress accomplished everything an internet marketing guru dreams of and much more:
✓ Page 1 top-result SEO rank
✓ Brand awareness 100% free of charge (courtesy of social media)
✓ Endorsements (whether or not they knew it, every public figure who mentioned #TheDress became a brand ambassador)
All this would be for nought unless there was something to write home about. And there is: the day the dress went viral, Roman Originals sold out within 30 minutes! Traffic to their site has increased by a whopping 2000%, and business has been booming ever since.
None of this is to say that Roman Originals was behind the dress going viral. All they did was create a dress. A simple, scientifically-based optical illusion was behind the dress going viral. It turns out that everyone perceives color differently. One person’s white and gold is another person’s blue and black.
People tweeted, reposted, shared, and commented on the dress because they were so confident that they saw the dress in its true colors — that everyone else was mistaken. The more people debated, the less sure they felt not only about the dress, but about their own being and existence. If I see one thing and you see something else, how do either of us know what’s real? Can I trust my own senses? Is anything real?
And that is the art of viral marketing: getting people so worked up that they begin to question the very nature of reality. Does that sound too dramatic? We are only talking about a dress, after all… but the statistics speak for themselves. 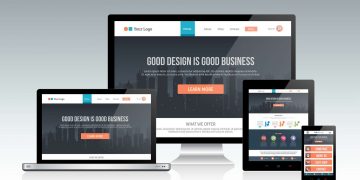 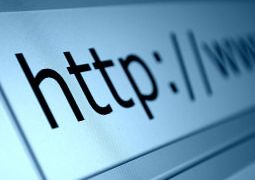 When crafting an internet marketing campaign, it’s sometimes hard to know which SEO trends to follow in order to experience…

The benefits of Local SEO